Coding is the latest 21st Century skill that is being taught to children these days in a growing number of schools. There is no limit to these kids’ imagination as to what they can achieve. From programming a drone to fly to creating their very own multi-level game.

Wouldn’t it be nice to be able to join in with your kids’ homework? Understand their programming language and know exactly what they are doing, every step of the way?

With Apple, you now can. Apple have just recently released an app called Swift Playgrounds. Available for download on iPads, it makes learning code interactive, fun and easy. Best of all, it uses the same coding that professional programmers use every single day.

By solving puzzles and learning the programming language, it gives you a good idea as to how Swift and iOS code work not only in theory but also in practice.

You can also create your own playgrounds by experimenting with the coding. But don’t worry, there are templates that can help you get started.

The best thing about this free app is that there are no in-app purchases. New templates and puzzles are added frequently. 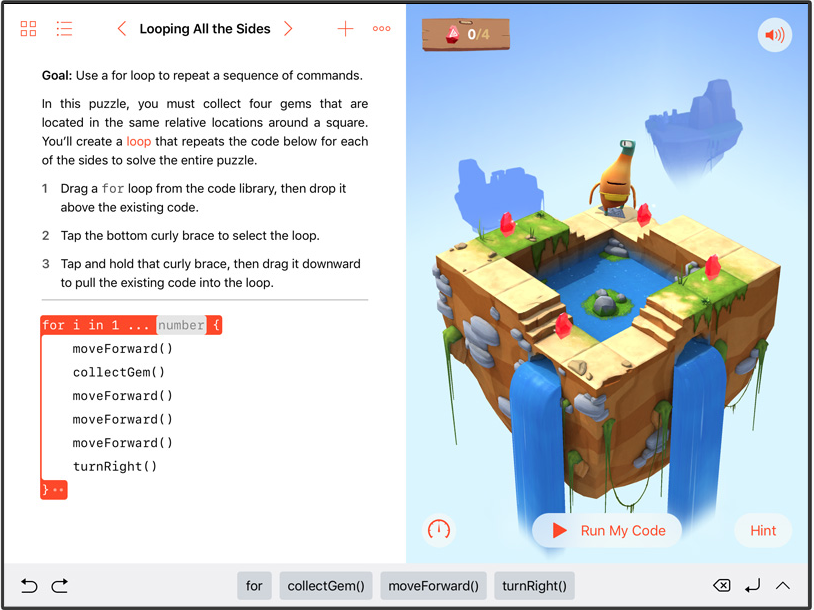