MacOS Sierra has been released to the world as of the 20th of September, and tech heads everywhere are excited to try out it’s new features (more information on features can be found here).
Sierra is the twelfth major release of operating system for the Mac, and currently exists as a 4.77GB download in the App Store.

Whilst the new OS does feature some awesome stuff, such as Siri, tabs in Apps and an improved Notification Centre, and more, Mac users do need to keep in mind that Sierra is a brand new operating system. This does generally mean that some bugs will need to be ironed out in the next few weeks and that users may face compatibility issues with other applications they own and the operating system they run. 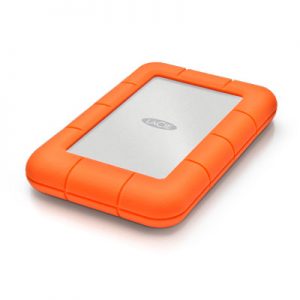 Before you even consider upgrading your machine in order to utilise Siri for desktop, you will need to backup your computer.

Yes, backing up your computer is imperative.
Why? Because not only does this provide you with a recent backup of all of your programs and files, It also provides you with a solid foundation should anything go wrong with your upgrade to Sierra.
Having a backup before upgrading means that you have a successful backup of a known working operating system. This means that if something goes wrong, your software is incompatible, or you just don’t like Sierra, you have the opportunity to downgrade to something more stable and familiar.

If you don’t have a recent backup, or are worried that creating a backup will be difficult, don’t panic.
Most new hard drives will be detected by your Mac and it will ask you if you’d like to use the drive as your new backup destination.
If the drive has already been plugged into this machine, it is as simple as turning on Time Machine and setting up your Time Machine preferences.
If you are unsure how to do so, click here for a step by step guide to setting up Time Machine.

We at Mac Aid cannot stress enough just how important a recent backup is.
We have seen many clients go through some form of heartbreak due to not backing up their data, and resulting in lost pictures of babies and family, as well as that critical work document needed the following week.

If you find that it just a bit too difficult and would like some help, please don’t hesitate to contact us.