Apple have recently released new additions to the iPad family. The iPad Air and the iPad Mini have both been been released with the fabulous iOS 7 operating system, however both iPads differ.

The new iPad Air is ridiculously light compared it to its predecessors, and capable of much more. Weighing less than 500 grams, the new iPad Air is 28% lighter than any iPad ever. Just because it’s light, doesn’t mean that the iPad Air skimps on the advanced technologies.

With ultrafast Wi-Fi comes ultrafast results. The internet capabilities built into the iPad Air enable you to experience Wi-Fi up to twice as fast, meaning you get your google results faster than before.

iPad Air may be more powerful and faster than the previous iPads, but that doesn’t mean it’s power hungry. With up to 10 hours battery life, the iPad Air will last you the day. 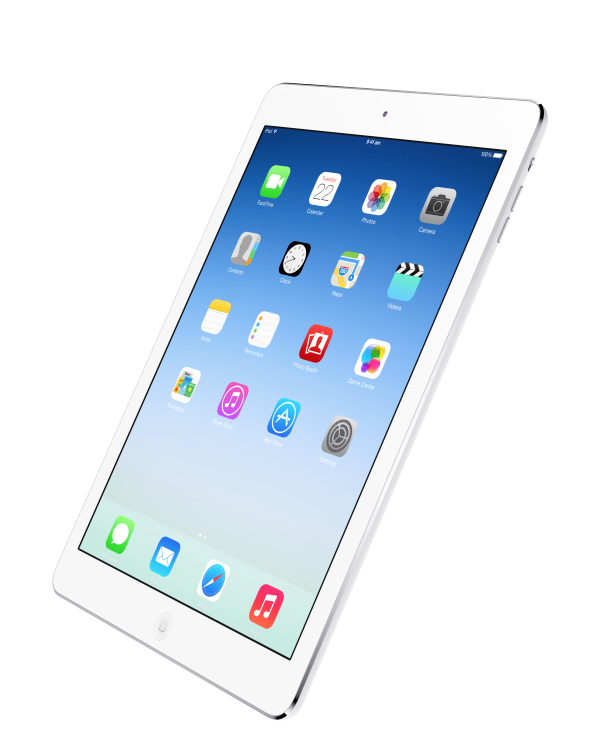 Like the iPad Air, the iPad Mini with Retina is capable of being much faster and more powerful than the iPads made before it.

Made with an A7 chip, performance is faster, meaning games and applications run flawlessly. something you’ll begin to notice and appreciate straight away.

Feature wise, the iPad Mini with Retina is identical to the iPad Air in every way. However, the obvious difference between the two is the size.

The screen of the iPad Mini has over 3.1 million pixels. That a 2040-by-1536 resolution. The pixels are placed so close together that its hard to distinguish individual pixels with your eyes. Photos and videos have never looked better.

With up to 10 hours battery life, you’ll last the day with the iPad Mini with Retina.

Both iPads are available for purchase now. There have been delays but we’re more than happy to take pre-orders or discuss regardless.

If you’re interested in one, why not have a chat with us?