Apple have held a special keynote event today (Tuesday 10am California time) in which they unveiled updated iPad models, Macbook Pro’s and have officially released OSX Mavericks. Read on for a brief account of the updates and availability.

Apple have updated both the larger and the mini iPads today;

The iPad 5th generation has been dubbed the iPad Air and boasts a faster CPU, better graphical performance, a smaller bezel and comes in at 500grams. It will have the A7 chip–the same chip that powers the new iPhone 5s–along with a few new hardware improvements, like dual microphones.

The iPad mini line has been updated to include Retina Display models with similar specs to the iPad Air above and the existing iPad mini models have dropped some in price.

The iPad Airs are said to be available early November with the iPad minis arriving later that month and will both be available in Black and White.

Apple have made specific websites for most of their products, see below for the links:

Additionally, here some are fun hands-on videos as cumulated by news source Cult of Mac:

Any questions, expressions of interest and if you would like to kept up to date of availability, then let us know.

Apple have updated the Macbook Pro with Retina Display line today by including the new generation Haswell CPU’s in the machines which allow for a much greater battery life even though it offers slightly better performance, Intel Iris Pro Graphics and altered storage options.

The storage has been noted to be PCIe-based flash memory meaning it’s performance should be outstanding, even compared to the most recent generation.

The Macbook Pro’s with optical drive (and the standard spinning platter HDD’s) are all seemingly retired except for the entry level 13″ model which remain present and at the same config as before.

The Macbook Pro with Retina Display models in standard configurations are all available immediately and config to order models are expected to hold the same ETA as usual; 2-3 weeks.

Mavericks has been released and is available today. For free! 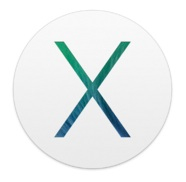 The latest incarnation of Apple OSX brings some new features to the table including mulit-monitor support, App Nap which is said to reduce the battery drain for those apps that aren’t in use, and updates to Finder, Safari, Maps and iBooks.

Much like we said in this newsletters tip though we suggest waiting until the first batch of bugs etc are dealt with. Please wait for version 10.9.1 or.2 and if you do decide to upgrade – Back up first!!

The Mac Pro’s have finally, sort of, released today with Apple stating that the machines should be available in December. Boasting impressive Quad, 6 and 8-core Intel Xeon E5 CPUs options, RAM starting at 12GB and configurable up to 64GB of 1866Mhz RAM (four slots) and Dual AMD FirePro D300 graphical processors starting at 2GB RAM configurable to 3 and 6GB of GDDR5VRAM the machines are expected to fly. Anyone operating in the graphical field should be particularly happy.

Much like the Macbook Pro with Retina Display machines the Mac Pro have PCIe-based flash storage for incredible performance. They start at 256GB and are configurable to 512GB and 1TB (at a cost yet unknown). With the rise in availability and decline in price of powerful storage options from 3rd party vendors, there are easy and reliable go-to solutions out there (let us know if you would like to know more) that no doubt Apple have in mind for users as the Mac Pro’s include various I/O including Six Thunderbolt 2 and Four USB 3 ports.

The machine will ship with OSX Mavericks, 802.11ac WIFI wireless networking and be available in December.

Let us know if you would like to be updated as to availability or pre-order.

Any questions, expressions of interest and if you would like to kept up to date of availability of any of the above products, then let us know by email or simply call the office.