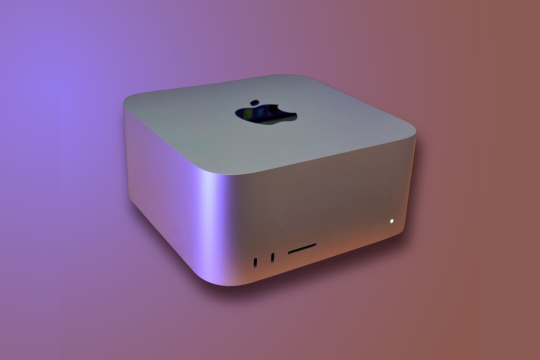 Released in mid-March, the Mac Studio is Apple’s most powerful M1 Mac to date. Paired with the new Apple Studio display, this potent little powerhouse is set to become the go-to for many studio professionals and high-performance users.

For those of you who may have been waiting for a re-designed 27 inch iMac with an M-series processor, it seems this one is for you, as the 27 inch iMac has been discontinued.

Apple’s offering for power users needing a potent desktop solution is now the Mac Studio and an external display. Given that many have long been dissatisfied with the all-in-one solution of an iMac, and would have preferred to choose their own monitor, or have the potential to upgrade their monitor or Mac separately, this is a great solution.

Let’s start by talking about hardware. The Mac Studio comes with either the M1 Max or the new M1 Ultra as processor options. The M1 Max offers significantly higher performance compared to the original M1 chip found in the MacBook Air, M1 Mac mini and iMac, but that gap is made even bigger when discussing the new M1 Ultra, which doubles the specs of the M1 Max.

The Ultra is made by combining two M1 Max chips using “UltraFusion.” Apple says due to its custom-built internal architecture, macOS sees the M1 Ultra as a single processor. UltraFusion is also what allows Apple’s multi-chip interconnect to offer 4 times better bandwidth than other companies’ similar tech.

Working with multi-gigabyte graphics, 4K or 8K video projects, complex Photoshop or demanding Lightroom workflows, or complex After Effects or Final Cut rendering projects are where you will really benefit from the extra CPU, GPU, and RAM of an M1 Ultra Studio.

But for most users the M1 Max Mac Studio will cover all of your needs.

To keep that package cool there is a unique thermal architecture that pulls air in through the airflow channels on the bottom using double-sided blowers and pushes it out through additional perforations on the back of the unit.

On the front of the Mac Studio M1 Max, there is an SD card slot, along with two USB-C ports, which are swapped out for two Thunderbolt 4 ports for the M1 Ultra. On the back of the Mac Studio, connectivity options include four Thunderbolt 4 ports, two USB-A ports, one HDMI port, one 10-Gigabit Ethernet port, and a 3.5mm headphone jack with support for high-impedance headphones. The computer supports Wi-Fi 6 and Bluetooth 5.0.

All the Mac Studio hardware components are fixed, so you’ll need to carefully configure it how you want it from the start.

As with all Apple products currently, supply of M1 Max and M1 Ultra Mac Studio is likely to be severely constrained. Mac Aid are here to help and advise if you would like to consider Mac Studio. We will do our best to arrive at a spec that will suit your needs, and that can be delivered in as short a time as possible.