Apple did not disappoint this year at WWDC. They announced some big changes that will be rolled out to devices later this year.

Apple have rolled out a new range of iPads (10.5-inch iPad Pro), announced the iMac Pro, is set to release the iPhone 8 at some point this year, and will even have a new operating system to accompany them.
Apple is calling iOS 11 the biggest software release ever for the iPad, and it appears to be packed with some pretty cool features.

Here’s a list of some of the new goodies we can expect to come our way from the WWDC:

The 9.7-inch iPad Pro has been replaced by the 10.5-inch model. Apparently, those who like iPad Pros like a bigger screen. So Apple delivered.
Unlike the 12.9-inch big brother, the 10-inch model comes in all of the colours (Gold, Silver, Space Grey and Rose Gold), and also has a compatible smart keyboard and Apple Pencil available.
The iPad Pro comes with a lightning to USB cable and a USB power adapter so that you can plug and play wherever you are.
Both Wifi and Wifi & Cellular models are available and come in a range of sizes (64GB – 512GB).
Prices start at $979 and are available now.
Please note: Lightning to USB-C not included with iPad. Will need to be purchased separately. 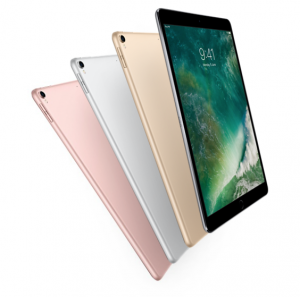 Sporting a new generation of Xeon processor and ECC memory, the new iMac is every power user’s dream. Integrating hardware previously reserved for servers and Apple’s famous 5k Retina display this machine is designed for designers and developers alike.

Custom configuration options allow for some very impressive specifications including up to a massive 128GB of memory, an impressive 4TB of flash storage and a powerful new range of graphics cards.

In true Apple style the iMac Pro will ship in the ever popular Space Grey colour with matching accessories. Arriving in December of this year, early shipments are likely to sell out quickly.

Apple has entered the Voice Controlled speaker market with the all new HomePod. Early reviews have claimed this is an impressive beast, comparing it favourably with Sonos and other reputable brands for quality of sound and usability.

It’s ability to configure itself to best suit it’s position in the room will ensure you get the best sound quality no matter where you place it. A welcome change from many other products on the market that require you to set this up manually.

Using Siri and integrating with Apples HomeKit, the HomePod will allow you to control many aspects of your home using only your voice including HomeKit compatible Lights, Heating and Cooling and many other devices.

Available in Space Grey and White. Available in December for those of us who live in the United States, the United Kingdom or Australia. Everyone else will have to wait until 2018 to get their hands on this excellent new accessory. 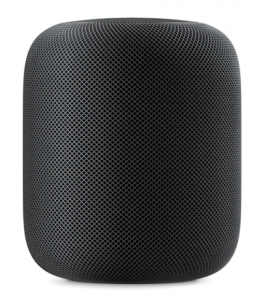 Apple’s iOS 11 brings with it some powerful multitasking features, new ways to manage files and deeper integration of the Apple Pencil for iPad Pro.
Here is just a handful of features you’ll see once you update your device:
– A new App Store
The new App Store has been reimagined as a place where users can find stories and content about the latest apps and developer news.
The idea behind the change is to attract users on a more frequent basis and turn the store into a more engaging and content friendly environment.
A new Today tab will appear to highlight special apps and new arrivals on offer. 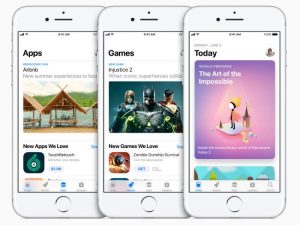 – Drag and Drop
Those using iOS 11 on iPads can now rejoice. iOS 11 brings support for multi-touch drag and drop between applications.
For instance, users can now highlight a few photos, pull up the applications bar located at the bottom of the screen, open messenger or email and then drag and drop the desired photos in order to send them to a friend.
You will also be able to drag and drop files between apps that are running simultaneously in split screen mode.

– Siri gets a new voice
Both male and female versions of Siri will be getting a new, more natural sounding voice. Another exciting Siri addition is a translation feature which will let you ask Siri to speak translations.

– New Control Centre
The quick access menu on your device will look rather different in iOS 11.
The handy shortcut menu is pulled up by swiping up from the bottom of the screen and features controls for things such as brightness and volume adjustment, as well as buttons for flashlight and calculator. The new look menu will now include the option to turn on/off mobile data from the Control Centre. 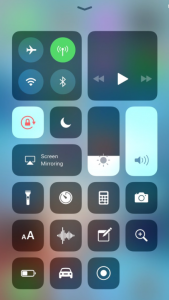 – Do Not Disturb While Driving
Apple is helping you help yourself when driving.
A new do not disturb while driving feature will automatically detect when you’re in the car and on the move, and will block notifications and texts, as well as stopping drivers from opening apps on their phone.
The system can send an automatic text response explaining that you’re driving, but will allow you to take hands free calls.
The new iPhone software will prompt people to turn on the do not disturb mode but the driver can ignore this and risk the distraction of their smartphone.

Whilst the name may not be all that exciting, High Sierra does come with some improvements.
Being more of a refinement upgrade rather than an all-new operating system, High Sierra added some new features to Photos, and a few other extras.
Here’s a quick list of what to expect:

– Apple reduced the amount space that Mail takes up. It now uses 35% less space on your HDD thanks to APFS (Apple’s new File System).

– The Photos app gets a new sidebar, filters and tools that bring it closer in line to an application like Adobe Photoshop. If you prefer to work in Photoshop or Lightroom instead, you can now right click on an image and choose which app to edit with. Once finished, hit save and all the changes made are saved directly to the Photos library.

– Siri gets a more natural sounding voice. You can also ask Siri to choose music for you.

– iCloud Drive now allows you to share files stored there with friends or colleagues who use the service.

– Notes gets a pin feature that allows your more important notes to be kept at the top of the list for easy access.

– Messages now get saved to the cloud to help reduce file storage on your Mac and keep all of your messages up to date across all of your Apple devices.

MacOS High Sierra is currently only available as a developer beta, which a public beta hopefully being available later this month. A general release of the software will be later this year.

If you missed out on watching the WWDC keynote, you can catch up on your Apple news here.