If you’re new to Apple Mac, mastering a few crucial Mac keyboard shortcuts will make using your Apple computer easier and much quicker.
Cutting your reliance on your mouse, not only makes you faster when using your machine, you’ll no doubt impress a few family members or friends.

Here are the top Mac keyboard shortcut tricks you need to memorise:

First up, take a look at the Mac keyboard in front of you to familiarize yourself with a few Mac-specific keys. The Command key has a special symbol (⌘) to help you recognize it, while the Option key can also say “alt” on it, a term borrowed from a Windows environment. Your keyboard may also have a Function key (fn) next to the Control key (which just bears its own name — “control”).

Command-Q: If you’re coming from a Windows computer, you might have gotten used to “X-ing out” of your applications by clicking on the X button at the top of any application window. In OS X, you close windows with the red X button (in the upper left of your window), but it will not quit the app. To fully exit out of any Mac program in OS X, you’ll need to use the Quit command with this shortcut, or click on the app menu, then choose Quit.

Command-W, Option-Command-W: The first of these will close whatever active window you are using, while the second one will close all the windows in the currently active app (or Finder). These shortcuts will do the same thing as the Close Window option in the Finder and most other apps. Chrome, for example, delineates between Close Window (Command-W) and Close Tab (Command-Shift-W).

Command-T: Whether you’re in a web browser like Safari or Chrome or in the Finder itself, this keyboard shortcut will open a new tab for you. Keep hitting this shortcut to open multiple tabs. 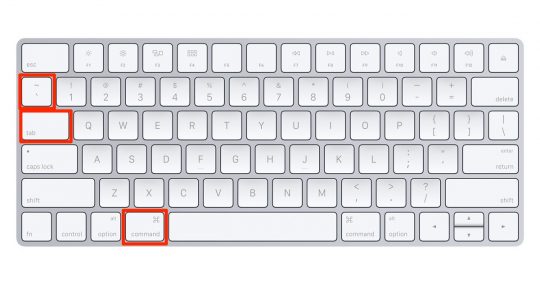 Command-Tab, Command-~ : The first of these shortcuts will activate Mac OS X’s built-in application switcher, which will let you switch between active apps running on your Mac. Keep holding down the Command key and press Tab repeatedly to go to the next app from left to right. Use Command-~ (tilde, usually above the Tab key) to switch to running apps from right to left whilst in the application switcher. Holding down the Command key and hitting Q will quit whatever program you are currently highlighting.

Command-X, Command-C, Command-V: These are three of the things most often used. Learn these three essential shortcuts (Command-X for cut, Command-C for copy and Command-V for paste — go figure), and you’ll save a ton of time every day.

Command-Shift-3, Command-Shift-4: Command-Shift-3 will take a picture of your entire Mac’s screen, from the upper left to the bottom right. Command-Shift-4 will turn your mouse cursor into a set of crosshairs that you can then click and drag around any portion of your screen to capture only the relevant area.

Note: Tap the spacebar once to take a screenshot of a specific window, or hold the spacebar to move the selected area around without changing its dimensions. 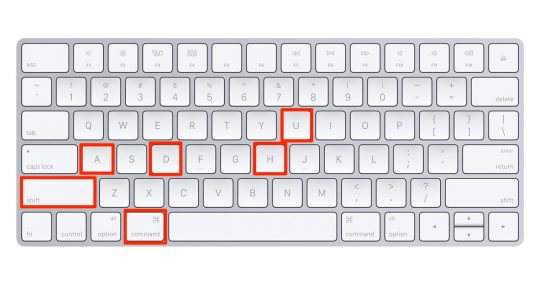 Command-Shift-A, Command-Shift-U, Command-Shift-D, Command-Shift-H: In the Finder, you’ll need to navigate to any number of common folders: Applications, Utilities, Desktop, and Home. Simply hit the Command key and then the first letter of each of these to go directly to them.

Command-Option-Esc: If an app stops responding, you might need to force it to quit. You can do that with a right-click on the app icon in the Dock, but it’s even easier if you hit this keyboard shortcut. This will bring up the Force Quit dialog, which you can then use to kill that unresponsive app. You might need to Command-Tab your way out of an active frozen app first, or use Command + Shift + Option + Esc to quit the currently active app.

Hope you have enjoyed learning these quick Mac keyboard shortcuts.