In the last few days Apple has released their Beta software for both iOS devices (iOS 10.3) and MacOS Sierra (MacOS 10.12.4).
Even though they are still in the testing phase, and not available for the whole populace, here is what you can look forward to with Apple Betas: 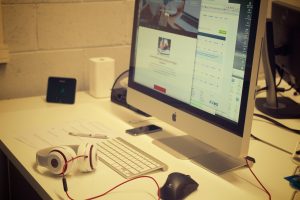 The new Apple Beta for macOS brings Night Shift to the desktop platform.
Night Shift debuted on iOS devices in iOS 9.3 and since then has been altering the brightness of displays worldwide.
The idea of Night Shift was to alter the display’s brightness to a warmer colour at night. Some studies suggest that by doing so, Night Shift was helping users fall asleep easier at night by reducing the amount of cool colours that keep your brain active and alert.

Apple asks developers to test the following on Mac:
• Night Shift preference for automatically shifting the colors of your display to the warmer end of the spectrum after dark.

It is unclear if any other major features are part of the macOS beta. As far as we can see Apple’s release notes for macOS 10.12.4 beta 1 don’t mention any major improvements or additions. 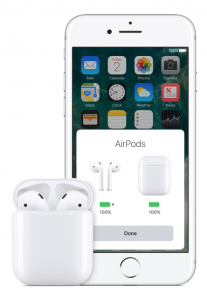 Finding your AirPods case is about to get easier thanks to the Find My AirPods feature.
The new feature allows you to locate or play sounds on the lost pair of wireless AirPods. The feature however only works from the iOS device you most recently used the AirPods with, and only if the AirPods are in the case. When activated, your AirPods will emit a noise that gradually gets louder, for a few seconds. Apple definitely recommends removing your AirPods from your ears if you plan on testing that feature.

Other additions include support for cricket scores. You can now ask Siri for scores and stats from the Indian Premier League and International Cricket Council.
Siri can also be used to pay and check the status of bills. You can use Apple’s AI assistant to organise a ride with apps like Uber and Lyft.

Hopefully, we can expect the new software in the very near future.