The public release of iOS 9.3 has not yet been announced but with beta versions now available, users can already know what to expect in the next update. iOS 9.3 isn’t going to be a huge update for iPhones and iPads, but there is one feature that everyone is talking about: Night Shift.

You’ve probably heard it before – staring at computer or phone screens can tire your eyes and body. And in particular, the blue-tinted light can trick the body into thinking it’s still daytime. Needless to say, using your phone with blue-light before bedtime can easily mess with your sleep and lead to daytime exhaustion.

That’s where Night Shift comes in. Turning this feature on adjusts the screen to warmer hues. It reduces blue light and displays a screen that is less harsh on the eyes.

The best part of Night Shift mode is the automatic scheduling feature, which means you don’t have to remember when to turn it off or on. Using your device’s geolocation, Night Shift will automatically switch on after sunset and restore the screen to its original hue on sunrise. There’s also the option to create your own custom schedule. 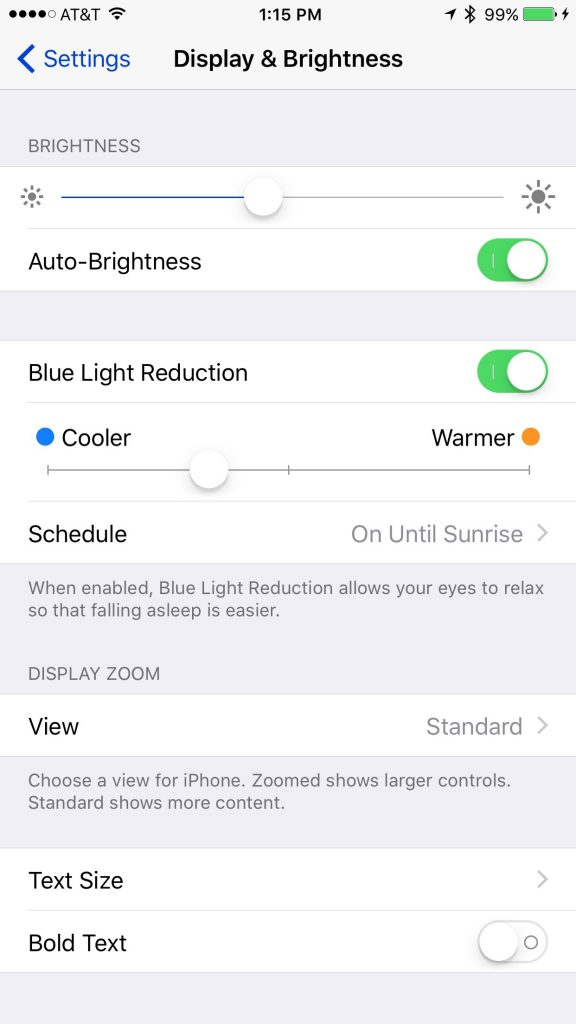 Rumours are hinting at an iOS 9.3 release in early March 2016. Alternately this iOS feature is currently available in the public iOS 9.3 beta release. For more information about how to update to a Beta operating system and the risks involved click here.